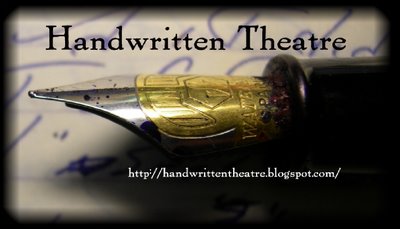 All the actors are stuck in traffic coming back from the beach or standing in long lines at the airport while we remain cool, calm and collected for another dip into the archives. This time we're going back to the Gulf War...the first Gulf War. At the time, I was one of the writers of thirtysomething and I took the opportunity to write about the disturbing trend toward lockstep patriotism the first Bush administration was pushing down our throats at the time.

thirtysomething was a series about the lives of two friends who worked in an advertising agency. In an episode I called A Stop at Willoughby, in an unsubtle tribute to Rod Serling, Michael Steadman is at odds with agency head Miles Drentell over a client's demand to fire an actor from an endorsement contract because of his temerity to appear at an anti-war rally. It was a way for me to articulate the very queasy feeling I was getting about the right-wing shift the country was experiencing. At the time, we thought it couldn't get any worse. Yikes.

I'd like to say the episode now feels like a quaint artifact of another period in American history, something we've all gotten over. But I realize this scene is more relevant now than it was when it was first broadcast on May 14, 1991. It sounds like I wrote it yesterday.

In the scene, Michael and two associates are pitching an alternative commercial to save the contract of the actor, Randy Towers, who has offended the patriarch of Durstin Ale. 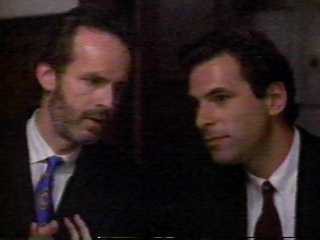 thirtysomething has never been released on DVD or VHS, but there is a volume of scripts out there.